Small businesses are particularly at danger of data attacks: Here’s Why 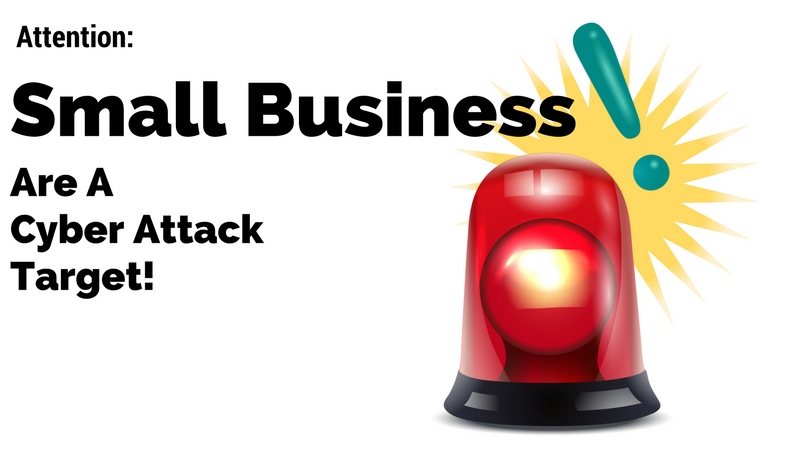 There’s a common and flawed line of thinking among many small companies that goes something like, “Hackers only target large companies that have lots of customer information and data, we don’t really need to worry about being targeted like they do.” There’s a bunch of things wrong with this thinking, and we’re going to point them all out so that no readers fall into that trap again.

Yep, it happens. In fact, it happens a lot. Reports say that around 60% of attacks focus on small and medium-sized organizations and that 43% of attacks are aimed at small businesses specifically. So you can forget about that whole, “Small businesses aren’t really targeted” idea. It’s very, very easy for today’s hackers to throw attacks at a whole lot of organizations at the same time. They tend to find a lot of easy marks among small businesses during these attacks because smaller companies are the very ones that don’t have necessary security, instruction, or planning to prevent problems. So while data theft from large international corporations may get all the headlines, remember that the majority of attacks are directed at small companies.

The problem isn’t only that small businesses are common targets, but also that they just aren’t prepared for data attacks or theft. They may be highly rated as concerned about data theft, but when it comes to actual security measures, only 14% of small businesses say that their ability to mitigate cyber risks as highly effective. That’s a whole lot of talk and very little action, and you can guess what the end result is. About 48% of security breaches are malicious, and they know exactly what they are doing when attacking unprepared companies.

…But They Do Have Sensitive Data

Another common excuse that’s thrown around smaller organizations is that they don’t have to worry as much about data security because they don’t use as much private or financial data, so there’s somehow less to steal. That may be a comforting thought, but it’s absolutely false. According to the latest data, around 68% of small businesses store email addresses, 64% have phone numbers, and 54% keep data on billing addresses. That contact information is exactly the sort of data that hackers love to steal and sell for a few quick bucks on the Dark Web. You wouldn’t believe what simple contact information like that can do when it comes to identifying theft and more.

Hacking isn’t going away. On the contrary, it’s getting more popular all the time. Around 50% of small businesses report that they had data breaches that involved customer and employee information within the past 12 months. Even more had some sort of cyber attack that didn’t specifically go after data. These attacks are absolutely getting more common as the hacking tools become easier for anyone to download and use to scoop up data from a few unsuspecting companies. This isn’t a case of sitting tight and hoping the problem goes away if you don’t look at it.

You heard that right. Small companies spend around $880,000 on average to recover from a data attack. Add in the disruptions to business operations and cash flow, and the cost of an attack rise to an average of $955,426. Do you have this kind of money lying around? You don’t? How surprising. Maybe that’s how around 60% of small businesses end up going out of business six months after a data attack. A successful hack isn’t just bad news for your organization, it has better odds than a coin flip to end your organization, permanently.

Most Attacks are Web-Based and Phishing Attacks

In other words, they involve human error and everyday tasks on your computers. It’s not just about stolen devices or highly advanced ransomware. Clicking on the wrong site, ad, link or document remains the top way for cyber attacks to initiate, which means taking constant care.

Let’s end on a high note. The good news is that if you adopt proper security methods for your data, you’re in the minority of small businesses. That means you stand to gain fleeing customers if any of your competitors suffers one of these devastating attacks: Your Indianapolis business could grow even stronger!

But it’s important to start with a solid data plan – and C.D.'s IT Consulting LLC can help! Contact us at (317) 522-1362 ext 2 or davek@cdsitconsulting.com to find out more about our IT services and how we can help you!