The “Dark” Web Beware—It Can Impact Your Business

You may have heard of the Dark Web, but do you really know what it is?  This may sound like fiction, but it’s very much a reality. If you’ve never taken the time to learn about it, now would be an excellent time to start. 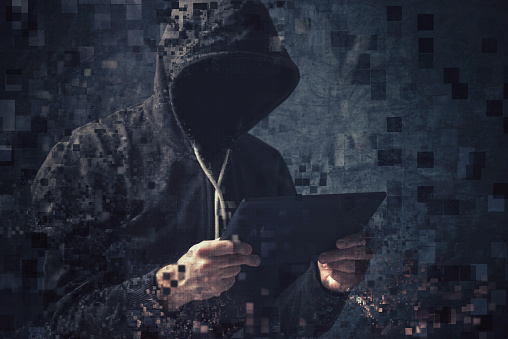 What is the Dark Web?

Technically, the dark web is a blanket term used to describe either:

The dark web takes up a huge portion of the Internet. You can’t access it with standard web browsers.  It houses 7,500 terabytes of information, and contains 550 times more public information than the “regular” Internet.  This information is spread across more than 200,000 different sites—And they’re a lot seedier than you can imagine.

To access the dark web, you need specialized applications like Tor, Freenet or I2P. Tor is a name you may recognize from reports in the news. It’s the most popular of these applications in large part because it’s also the easiest to use.

Experts warn that you should stay off the dark web.  However, if you must explore it, do so via a virtual machine on a computer that has no data stored on it.  This is because there’s some very sophisticated malware circulating on the dark web.

Criminal Activity on the Dark Web

The major appeal of the dark web is its anonymity— Applications like Tor promise total secrecy as they don’t connect a “user” and a “server” through traditional means. Instead, they use what is commonly referred to as Tor relays – specially configured computers that act as nodes. When a message is transferred from one node to another, it’s encrypted so only the machine that sent it, and the machine it’s being sent to, can decode it. Pass a message across enough of these nodes and it becomes incredibly difficult – if not downright impossible – to decrypt.

Due to its anonymity and secrecy, the dark web is incredibly popular with people who have malicious intentions. However, cyber attackers aren’t the only ones using it—Everyday criminals, pedophiles and even terrorist groups regularly communicate via the dark web.

The dark web is home to many criminal activities—including a market for illegal goods, drugs and firearms where transactions are made via Bitcoin. A frightening example of the “worst” use of the dark web is the  “Assassination Market.” This is exactly what you think it is – a place where users can pay money to have someone assassinated.

The Dark Web Impacts Businesses Around the World.

If you think that the dark web doesn’t have the potential to affect your business, you should think again.  It’s home to the cybercriminals who want to steal your data. According to one study conducted by the Norwich University, the total amount of revenue generated by criminal activities on the dark web exceeds $100 million per year. Criminals also use it to develop, share and test new cyberattacks before a “launch” against businesses throughout the world.

When you consider the fact that the cost of a single data breach now averages $3.62 million ( about $141 per compromised record), you see why the dark web is so popular with cyber criminals.

However, stopping these people is certainly not impossible. In recent years, many agencies have had success in both bringing down illegal websites and arresting the users behind them. For example,  Ross Ulbricht, the person who created perhaps the most well-known drug market in the history of the web, The Silk Road, is now in jail. A feature film is planned about his life–However, he’ll have to watch it from behind bars.

Be Vigilant, and Stay Off the Dark Web.

To protect your business from cybercriminals on the dark web, you must be vigilant. Knowing as much as possible about how to fend off cyberattacks before they have a chance to do damage, is key.

The team at C.D.'s IT Consulting LLC understands these challenges.  We’ll work with you to create a comprehensive security plan to protect your business in Indianapolis from data breaches, malware or other cyber threats.  Contact our security professionals at (317) 522-1362 ext 2 or davek@cdsitconsulting.com to schedule your no-obligation consult.