At Last! Now Your Employees Can All Run the Same Applications with the Power of Parallels 13 For Mac.

Mac vs. Windows: Which is the better operating system?

It’s an age-old question that may never get answered. But there’s a happy compromise—The newest version of Parallels makes it possible for your employees to choose the OS they prefer. 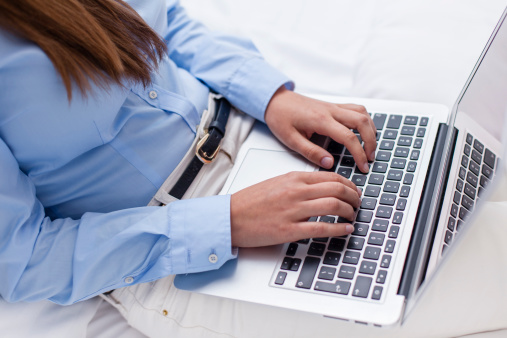 Discover the Power of Parallels 13 for Mac!

For the sake of civility (and productivity) in your office, both Mac and Windows lovers must put aside their differences and come to together as one — or at least have the ability to run the same business applications.

Since the majority of business applications are still Windows-based, Mac users who want to use their beloved computers at work are the ones who wind up needing to find a solution.

The Power of the New Parallels

The release of Parallels Desktop 13 for Mac provides new options for Mac lovers. First, the new release comes in three different versions—The Home and Student Edition, the Pro Edition, and the Business Edition. (I’ll explain the differences between each in a moment, but first, let’s dive into what all the versions have in common.)

With Parallels, you can jump between PC and Mac applications effortlessly without rebooting your computer. This saves time, and immediately increases your productivity.

Plus, you can access Windows files 47% faster than in previous versions of Parallels. Parallels 13 was created to run on the High Sierra (10.13) operating system, and can easily run the Windows 10 Fall Creators Update.

The new release of Parallels provides many improvements to the previous versions, with the ability to:

The Different Versions of Parallels 13

As, mentioned, you can choose from three different editions of Parallels 13. I expect the majority of small businesses will find the Pro Edition is the best match for their needs.  However, here are highlights for each version to give you a better idea which one is the most suitable for your business.

The Home and Student Edition is a great choice if you plan to run Windows applications occasionally, and ones that require low specs to function. This version offers 8 GB of virtual RAM, and lets you assign up to four virtual CPUs for each Virtual Machine. That’s enough to run common business applications like Word. However, it may not be enough for graphic-intense applications or games. The Home and Student Edition comes with 30-days of premium telephone and email support to help you resolve any installation issues.

The Pro Edition is a great choice for small businesses that need more computing power and flexibility than what the Home and Student version provides. It provides up to 128 GB of virtual RAM, and you can apply as many as 32 virtual CPUs per Virtual Machine. This is enough processing power to run even the most intensive graphic programs on the market today. The Pro Edition lets you tap into the power of Microsoft Visual Studio IDE, and software that online developers require. The Pro Edition supports a variety of business cloud services which are typically restricted to Windows users. Plus, it comes with unlimited premium telephone and email support

The Business Edition makes deploying Parallels 13 across multiple computers much easier. In addition to all the benefits the Pro Edition provides, it lets your IT department administer users and manage multiple licenses from a central location. It also has multiple security features IT professionals can use to protect your network without having to spend hours creating a custom solution. This edition offers the same computing power as the Pro Edition, and offers 24/7 unlimited support through email or by telephone.

Parallels was already an excellent application for businesses using multiple operating systems—And the newest version just made it better. In my opinion, if you’re looking for a way to run Windows applications on a Mac, Parallels 13 is a good choice. Plus, owners of older versions can also benefit from upgrading to the new version.

For more information about Parallels 13, and if it’s right your business in Indianapolis, contact the IT experts at C.D.'s IT Consulting LLC at (317) 522-1362 ext 2 or davek@cdsitconsulting.com.